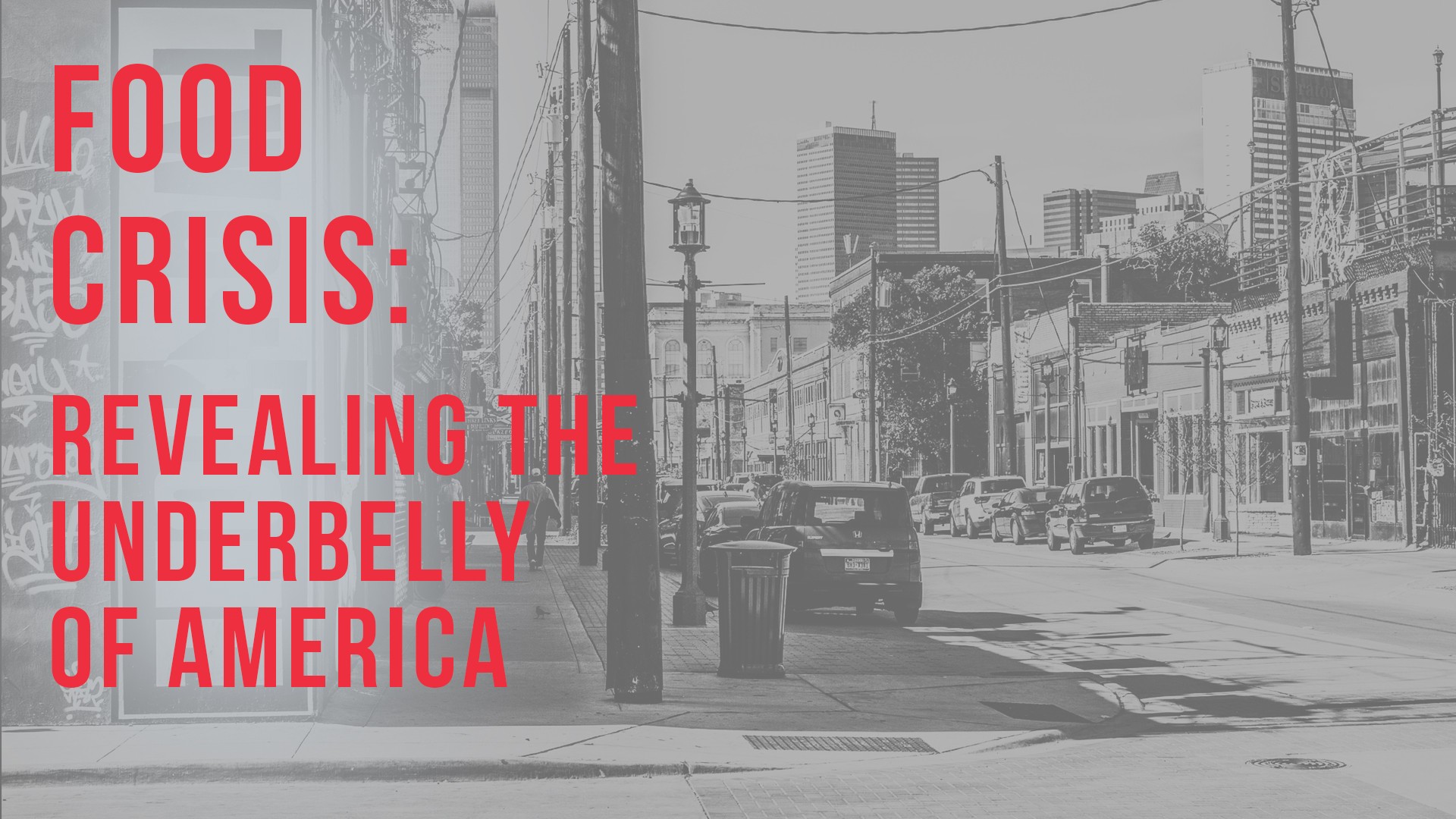 We’re in the midst of a crisis with COVID-19. It’s revealing many of the deficiencies in our country and one is food insecurity among the most vulnerable.

It’s a beautiful thing that the church is responding to meet the needs of the vulnerable facing food insecurity and to live out what Matthew 25 says about feeding our neighbors in marginalized places. But it also reveals a deeper issue: why are their food deserts in the first place, where did they come from and how did they take shape?

The discipleship path that OneRace invites people on is to Know the Story, Own the Story, and Change the Story. In order to know why we’re in a food crisis situation, particularly for people of color, we have to know the structures that helped create food deserts in the first place.

In an interview for this blog with Donell Woodson, lead trainer for the Lupton Center with FCS, which does community development work in Atlanta, he said, “The church needs go back to the Old Testament for a theological framework on community development.” Matthew 25 is important, but so is Isaiah 65 as God lays out a vision for the new heavens and the new earth and this becomes a place where, “They will build houses and dwell in them; they will plant vineyards and eat their fruit; no longer will they build houses and others live in them, or plant and others eat. For as the days of a tree, so will be the days of my people, my chosen ones will long enjoy the work of their hands.”

The legend and forefather of the Christian Community Development movement, Dr. John Perkins says in Beyond Charity, “America’s best intentions, most sincere thoughts, noblest efforts—all of these are useless to the urban poor if they do not connect with our personally defined, deepest felt needs. In fact, acts of charity can be dangerous because givers can feel good about actions that actually accomplish very little, or even create dependency. The result is that their sense of satisfaction takes away any motivation to seek more creative long-range development strategies. Overcoming an attitude of charity is a difficult task because it requires givers to demand more of themselves than good will. Christian charity should never be discouraged, and there will always be a place for acts of sharing and kindness, but charity is only a beginning point, not the final strategy or solution.”

Nine years ago, my family and I moved to Historic South Atlanta to live out the ministry of Christ’s reconciliation. We had been schooled in Dr. John Perkins’ Christian Community Development’s three, “Rs” of relocation, reconciliation and redistribution since my years in seminary. We were ready to live out a holistic gospel of Jesus in word and deed. Little did we know that we had just moved into what is called a food desert, just two miles south of the city.

After being trained in Dignity Serves  and being introduced to asset-based community development, we were trained to listen first. I remember listening to neighbors and hearing their struggle of having to ride the bus 1 1/2 hours to the local grocery story and then 1 1/2 hours back to the neighborhood. After all is said and done, that’s a four-hour run to the grocery store, and the majority of the day is gone.

But what kind of a city creates food deserts? Why do they even exist in a developed country like America? We see over and over that what happened in the past is always playing out in the present. A country that was founded upon unjust laws that systemically displaced and segregated people of color, particularly African-Americans, is how we ended up with food deserts. This is why it’s so important to Know the Story of what got us here.

Grocery stores won’t open up a store in low-income neighborhoods because, put simply, the economics are not there. Why are the economics not there? Because distressed communities like a South-Atlanta were shaped by racist structures like red-lining, racial steering and white flight that happened between 1940 to 1980, and it is still happening today.

Ruth Evans, the City Director with Unite, a OneRace partner, said this, “In many communities that are home to people who live in financial poverty – there is a web of systems that are wrecked and broken.  We are seeing the fragility of those systems as many families are feeling the staggering impact of the Covid-19 virus. As the immediate crisis starts to dissipate, there is an opportunity for that heartbeat and our engagement to move beyond providing temporary relief – which will have the effect of creating cycles of dependency and further poverty. There are opportunities to engage in ways that bring restoration and resurrection.  I would love for churches to have a sense of the powerful difference it could make if we start knowing our history and the underlying roots of our current reality, own the ways that it has created an environment of vulnerability, and participate as agents of change in creation of a new story…a story of restoration and resurrection.”

As we as the body of Christ respond to the immediate needs of our neighbors with food insecurity, I pray we use this time to also educate ourselves about the structures that have created a class system in our country and the Biblical call to restore structures plagued by systemic racism. This is one of the steps of Knowing the Story, in order to Own the Story, and ultimately through the power of Jesus, Change the Story.