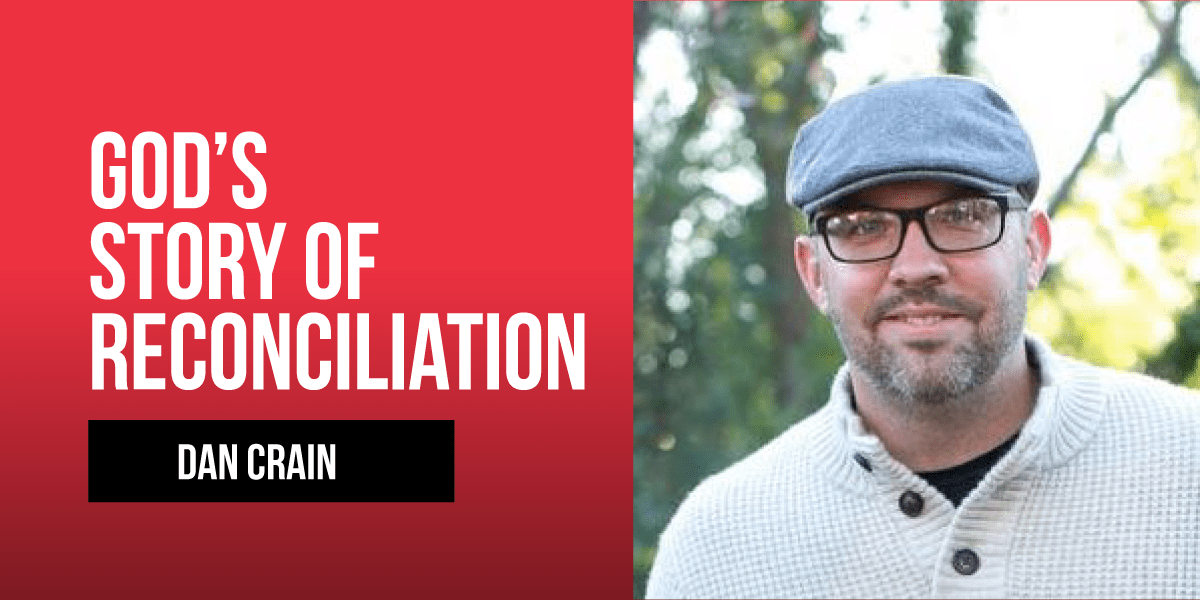 Reconciliation and The Gospel

Reconciliation across color, class, and culture has always been God’s idea. It started in the Garden in Genesis 1 and 2 between Adam and Eve, and will end in the city coming down from heaven to earth in Revelation 21 and will be a gathering of his people in Revelation 7, “from every nation, tribe, people and language, standing before the throne and before the Lamb”.

I’ll never forget the moment when I sensed the Holy Spirit inviting me into this story. I was sitting in our all white mega-church in Grand Rapids, MI. in 2006 and Pastor Marvin Williams was speaking from Isaiah 58 about God’s heart to loosen the chains of injustice. Pastor Marvin, who is African-American, had just shared about his experience of sitting at a restaurant eating breakfast and an older white man walked past him and said, “What are you doing here, boy?” Boy is a racial slur dating back to the Jim Crow days.

I sensed in that moment the Holy Spirit telling me that I was going to give my life to Christ’s work of racial reconciliation across color, class, and culture.

God wants his family to be reconciled and has been pursuing this all through the narrative of the scripture from Creation (Genesis 1-2), Fall (Genesis 3-11), Redemption (Genesis 12-Revelation), and Completion (Isaiah 65, Revelation 21).

After the fall Adam and Eve felt hatred towards each other for the first time and it created division among God’s people. The last act of rebellion before God intervenes is Genesis 11 at the Tower of Babel as God scattered people who were trying to erect a tower, “so that we may make a name for ourselves.”

Jesus comes and preaches a different kind of kingdom that is about restoring people back to the Father, and as a result, back to each other. He sits with the sick. He visits a tax collector’s house. He sits with a Samaritan woman at the well in Samaria. Jesus is modeling what it means to live out reconciliation across color, class, and culture as a result of being reconciled back to God.

Then, he tells his disciples to go do the same thing in Acts 1:8,
“But you will receive power when the Holy Spirit comes on you; and you will be my witnesses in Jerusalem, and in all Judea and Samaria, and to the ends of the earth.” Imagine the surprise of the new Jewish believers in Jerusalem that Samaria is even mentioned, since in that context, they were considered half-breeds.

Then, something beautiful happens in the early church in Acts 2 when the Holy Spirit descends upon the new church. “Now there were staying in Jerusalem God-fearing Jews from every nation under heaven. When they heard this sound, a crowd came together in bewilderment, because each one heard their own language being spoken. Utterly amazed, they asked: “Aren’t all these who are speaking Galileans? Then how is it that each of us hears them in our native language? Parthians, Medes and Elamites; residents of Mesopotamia, Judea and Cappadocia, Pontus and Asia, Phrygia and Pamphylia, Egypt and the parts of Libya near Cyrene; visitors from Rome (both Jews and converts to Judaism); Cretans and Arabs—we hear them declaring the wonders of God in our own tongues!”

What happens in Acts 2 at Pentecost is a reversal of what happens at the Tower of Babel in Genesis 11!

Why is this? Because God is in the world reconciling all things back to himself, this includes us individually back to God, and corporately back to each other. This is precisely what Jesus is praying in John 17, “My prayer is not for them alone. I pray also for those who will believe in me through their message, that all of them may be one, Father, just as you are in me and I am in you.”

Latasha Morrison with Be the Bridge says it like this; “The truth is that each ethnicity reflects a unique aspect of God’s image. No one tribe or group can adequately display the fullness of God. The truth is that it takes every tribe, tongue, and nation to reflect the image of God in his fullness. The truth is that race is a social construct, one that has dived and set one group over the other from the earliest days of humanity. The Christian construct, though, dismantles this way of thinking and seeks to reunite us under a common banner of love and fellowship.”

This is why we as believers in Jesus moved against the sinful system that has divided the church in America since its inception. This is why celebrating the risen Christ is so important, because in the life, death, burial and resurrection of Christ, God has dealt with every sort of divide between God and his people and as a result of between his people. Paul says as much in Ephesians 2 about the Jew-Gentile divide, “For he himself is our peace, who has made the two groups one and has destroyed the barrier, the dividing wall of hostility”. In the words of Pastor Crawford Loritts, “Of course we’re anti-racist, because as Christians, we’re anti-sin.” The story of God is that he has come to move against every form of sin that humans have created to divide us, from the Tower of Babel, to the divided kingdom of Israel, to the Jews and Samaritans, to the Jews and Gentiles, etc.

God has been writing a story of horizontal reconciliation all throughout the history of the world. It started in the Garden and it will end in the City, and through the power of Christ’s Spirit, he is calling the church to live into the same reality here and now just like he called a white farm boy from Bumpville, PA into that reality back in Grand Rapids, MI in 2006.

Reconciliation and The Gospel No Comments

Reconciliation and The Gospel