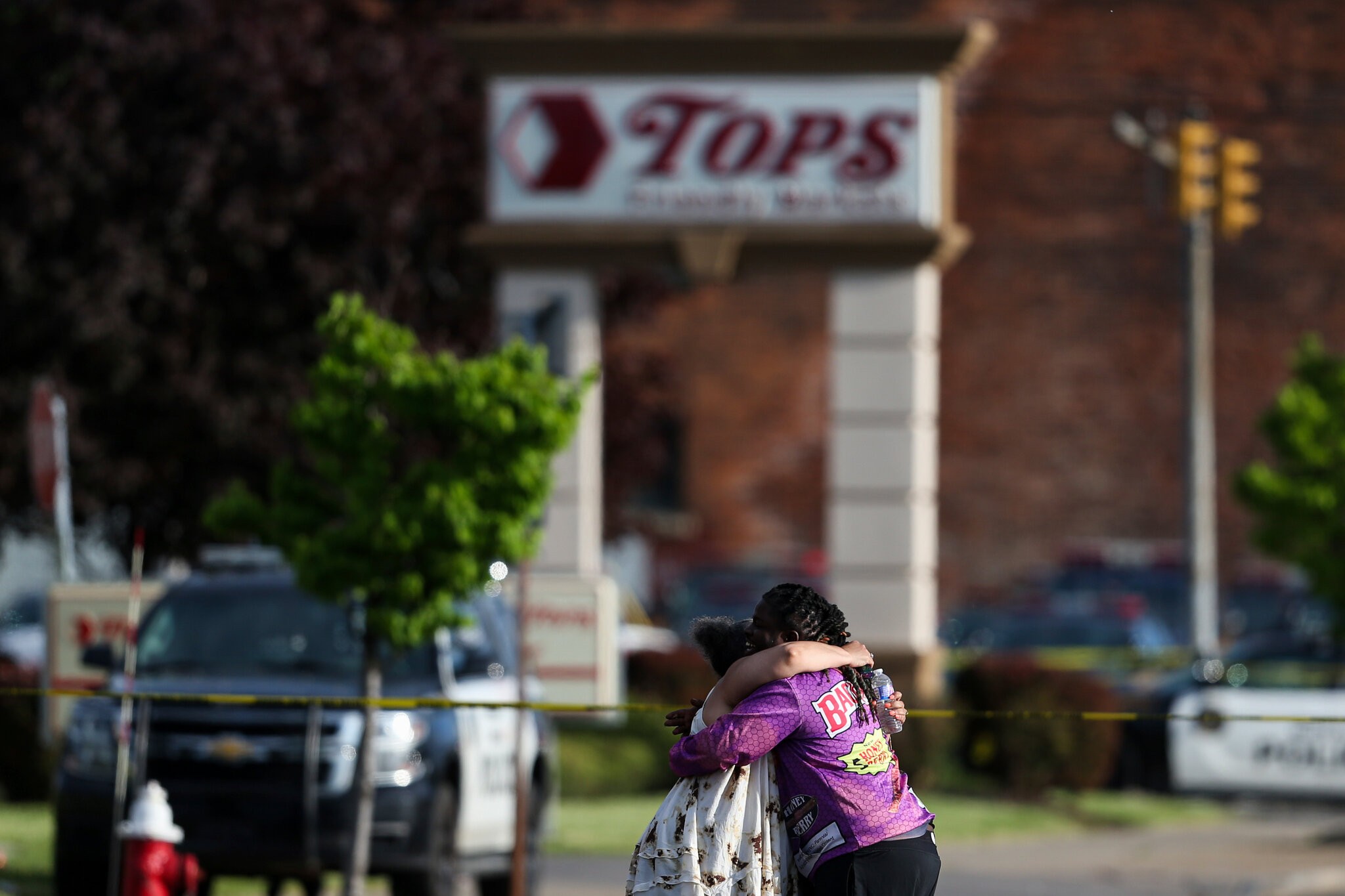 To be frank, White Supremacy is killing us. It is literally killing us. While the balance of the Church and White America stands by idly, plotting its next move to avoid disruption and addressing the history that it is most culpable in. All the while, White Supremacy continues to slaughter the black and brown community.

Recently we’ve witnessed what the demonic spirit of white supremacy, Asian hate, and anger towards the Latino community have done once again. As Mark Twain says, “History doesn’t just repeat itself, it rhymes.”

White Supremacy is real. It is still destroying sons and daughters, raping mothers and fathers, and separating grandparents and grandchildren. It has a murderous history, rooted in the belief that White is supreme. White supremacy literally breaks bones, bruises eyes, shreds flesh, pierces chests, and robs the black and brown community daily. Thank you for the prayers and thoughts, but those will only get us so far.  As Miroslov Volf said, “There is something deeply hypocritical about praying for a problem you are unwilling to solve.”

What happened in Buffalo hits close to home, because for me personally, the shooter was my second cousin. Though we’ve never met, there is kinship at play and a culture that connects us. I lament and stand with the Black community in Buffalo that has experienced this terrible act of racism. I stand with them as much as they allow me to and denounce the demonic spirit of white supremacy through the power of the gospel. This is what I’ve given my life to for the last sixteen years since being exposed to the evil sin of racism.

My heart breaks. My heart grieves. My heart laments. But, this is not about me, this is about the community in Buffalo that is heartbroken now. This is about standing in solidarity with the black church that’s suffering right now, condemning the sinful practices of white supremacy, standing in solidarity and changing the narrative that led to this terrible act of violence. This is why it’s important that the white church stands together with the Black, Latino, and Asian church in solidarity and say, “enough is enough” and seek to deconstruct the demonic system of white supremacy that has led to this. Prayers and thoughts are not enough, the church is called to action.

The White church has allowed this for too long and has not only been complicit, but has helped to promote this. It’s easy to say, that’s not us, or I don’t have those things in me. Listen to the words of Daniel in chapter 9; “I prayed to the Lord my God and confessed: “Lord, the great and awesome God, who keeps his covenant of love with those who love him and keep his commandments, we have sinned and done wrong. We have been wicked and have rebelled; we have turned away from your commands and laws. We have not listened to your servants, the prophets, who spoke in your name to our kings, our princes and our ancestors, and to all the people of the land.” We must take ownership, following the example of Daniel. Is it painful? Yes. Will there be a sense of shame?Absolutely. Are we guilty? You better believe it. But guilt and shame are products of the fall, confession, ownership and restoration are rooted in the gospel. What Daniel does is stand in the gap on behalf of a foreign nation. These aren’t sins that he is complicit in. However, he joined in lamenting and repenting because he was a part of said community. We must name our brokenness and sin, if we are to ever change it. You may not have done this, but the culture you’ve been a part of has been complicit. I wrote a prayer of confession in 2019 that our friend Latasha Morrison asked me to contribute to her book, Be the Bridge; “I confess that I have been part of a system of whiteness that has oppressed, stolen, and killed those who are different from me.” The family of God that comes from the majority culture has to confess that we are a part of the system that’s done this and that our silence is betrayal.

The white church has compromised in the area of racial justice for a long time, thus their silence is violence. Justin Giboney, the founder of the And Campaign recently wrote in an article for Christianity Today, Only Biblical Peacemaking Resolves Racial and Political Injustice, “Their silence condones a conflicted state of affairs and makes them keepers of a riotous status quo.” In The Color of Compromise, Jemar Tisby states, “You see the most egregious acts of racism can only occur in a context of compromise. History and scripture teach us this. There can be no reconciliation without repentance. In turn, there can be no repentance without confession, and there can be no confession without truth.” We need to face the truth. The truth about America’s racist history, the violence and atrocities that white supremacy has had on the black and brown community.”

The looming inquiry: What are you going to do about it? What is the Church, Evangelicalism, and White America going to do about it? We engage in endless debates on Critical Race Theory (a non-problem) and pro-life convos. But when it comes to naming the oppressive history that continues to ravage the Black and Brown community, silence is all we get. No Friends. Silence is violence. Silence makes you culpable. Where you have privilege and access, you have responsibility.

Biblical justice calls us not to peacekeeping, but to peace making. Which means it will be disruptive and very uncomfortable. That’s what we’re called into as believers. We are called to disrupt white supremacy and racism, wherever we find it. It’s an aspect of shouldering our cross that we would rather not talk about.

The follower of Jesus is to disrupt any sort of evil that exists in this world. One of the first memories I have of seeing the evil of racism in our country happened when I was ten years old. My mom had five boys and every Saturday she would pack us up in one of those large station wagons with the rear door that swings out wide when open and drive us all over Bradford County, Pennsylvania going to our baseball games. As we drove up one large hill in the country next to the church we went to, I remember seeing a large gathering of all white men with their cars parked in a hay field. I recall my mom rolling her window down and screaming at the top of her lungs in disgust at their gathering. As a ten-year-old boy, I had no idea what was going on or why mom screamed. When we got home my mom told us that it was a gathering of KKK members. This was 1987. This system of white supremacy has been in our country since its inception and the church has failed to take it seriously, has not only been complicit in its ways, but has promoted its beliefs. It’s time that this ends. It’s time for the white church to model my mom and scream at the terrible evils of racism and white supremacy. The time for silence is over. The time for screaming has long passed. It’s time for the church to model the words of Jesus from Luke 4 as he quoted Isaiah 61; “The Spirit of the Sovereign Lord is on me, because the Lord has anointed me to proclaim good news to the poor. He has sent me to bind up the brokenhearted, to proclaim freedom for the captives and release from darkness for the prisoners,”

This moment requires a sort of prophetic zeal that only few will approach, but in the end, it will infect the entire body. Ask MLK, Harriet Tubman, Fannie Lou Hammer, Ella Baker and the like. Love will win. Love will conquer. White supremacy and all of its tactics will be thrown into the abyss. Victory really does belong to Jesus alone. However, Jesus invites us, the whosoever, to enact justice here and now. Not in the eschaton. NOW!

I have hope in Christ, but today, I feel hopeless looking at certain segments of the Church and its fight against White Supremacy. What are you, White sibling, Evangelicalism, America, and the “C” Church, what are you going to do about it?

Together, and only together, can we root out racism and white supremacy, and change the story for the next generation. 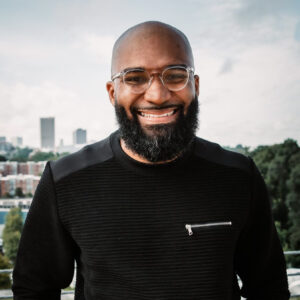 Josh Clemons is privileged to serve as the Executive Director for OneRace Movement. He has built a reputation as a lover of God, builder of people, and a reconciler of cultures. Serving as both an author, professor and leading a racial reconciliation movement, Josh shares his brilliance, wisdom, and practical instruction impacting audiences in both religious and secular communities. Presently, Josh is pursuing his Ph.D. at Fuller Theological Seminary. He loves living in Atlanta with his wife Lakisha and two sons, Langston Grant and Duke Ellington. 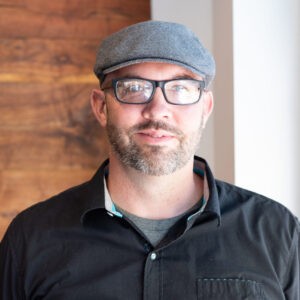 Dan joined the OneRace Movement team in January of 2020 as the Director of Groups and Mobilization and is deeply passionate about discipling the church through the OneRace transformational journey of knowing the story, owning the story, and changing the story. He has a Masters of Intercultural Ministries from Grand Rapids Theological Seminary. He’s also interested in the work of Christ in spiritual formation from Godly leaders that have been oppressed over the course of history.

Only The Power of the Gospel can Transform Hearts